Government’s opposition to decriminalising adultery because this could “destroy the institution of marriage and destroy the fabric of society” is part of a larger reluctance to relinquish powers to police individual choices. The alarmist tenor of the Union’s warning was clearly intended to dissuade Supreme Court from focussing solely on constitutionality, which would warrant testing the Indian Penal Code provision outlawing adultery against the right to privacy, personal liberty and equality. But the court must see through this ploy and give primacy to individual rights. Modern nations allow individuals to frame and live by their own codes of personal morality. Marriage laws should not allow the nanny state to hinder consenting adults. The marriage’s fate should rest entirely on the two people in it. Personal choices like adultery may be morally unacceptable for many individuals but should not amount to criminal offences.

Yet, not only does Section 497 IPC entail peeking into bedrooms to catch marital infidelity, it adds insult to injury by punishing merely the cheating man but sparing him if the lover’s husband doesn’t object. The husband’s rights over the wife and her lack of agency to resist a man’s charms are the ideas underlying this outdated Victorian law. It is at odds with the modern Indian state’s recognition of men and women as equals in life and marriage. Mai baap sarkar believes, wrongly, that legislating and policing every aspect of a citizen’s life keeps them safe and ensures order in society. But respecting the privacy and choices of citizens does not amount to destabilising society at all. It merely recognises that everything deemed ethical cannot be legislated and enforced through coercive governmental power; that approach destroys privacy and reduces citizens to an infantile state, without doing anything to guarantee ethics. It’s time to give up mai baap sarkar, it never works. 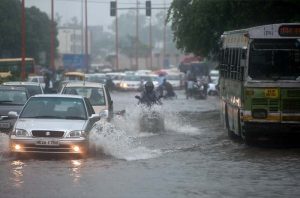 New Delhi and Mumbai, India’s political and commercial capitals, were in shambles last week. It’s an annual feature during the monsoon. Yet again, the disorder served to remind everyone that urban India cannot cope with even a recurring weather phenomenon. In Delhi, people have been tragically electrocuted by live wires and in Mumbai – home to India’s richest municipal body – potholes have cost lives. Urban India provides the lion’s share of India’s economy, with the services industry taking the lead. Census data indicates it is home to 31% of population which may be an underestimate as World Bank believes that when India’s urban sprawl is brought into the picture, it accounts for 55% of the population. Despite being the main source of economic activity and perhaps population, urban India is low in policy makers’ priorities.

This translates into big governance deficiencies where even stepping out during the monsoon can become dangerous. Urban governance structures are designed in a way that guarantees failure. The common thread across the metros and smaller cities is the fragmentation in authority and a stubborn refusal on part of state governments to devolve power to officials directly elected by urban residents. Unlike some of the better run cities in the world like London, a mayor in India is almost helpless. In most states, the chief minister wields more power than a mayor which means a city rarely gets the level of attention it deserves. To make matters worse, existing governance structures result in different dimensions of service provision functioning in silos. So the benefit of a holistic approach to city management is almost completely absent in India.

The most important reform is to make the mayor directly accountable to voters. This can happen only if the spirit behind the 74th amendment to the Constitution, which recognised urban local bodies as the third tier of government, is honoured – because mayors need more financial autonomy and should be able to reform administration through specialised cadre. To illustrate, garbage disposal is a complicated process which requires expertise, resources and leadership. When cities fail at this essential task, it cascades into public health problems and large scale inundation. Similarly, urban planning can no longer be left to unaccountable generalists as evidenced by Mumbai’s woes traceable to choking the Mithi river. Indian cities need to be taken seriously or they will fall apart.

Section 377: Why the ‘conservative government’ changed its stance

The government announced last week that it won’t oppose the decriminalisation of homosexuality. This marks the first time that GoI has actually taken such a decision in the case. In all previous hearings, the opposition to binning Section 377 of the Indian Penal Code (IPC) had verged on the bizarre. Wonderful as it is, this significant change of heart also forces one to look at what has led to an allegedly right-wing conservative government, with an absolute majority in Parliament, to not oppose making homosexuality in India legal, something ‘liberal’ dispensations preceding it didn’t bother to do. Initially, India’s LGBT community adopted an all-or-nothing approach, demanding that Section 377 goes in its entirety. This ran into several problems. Section 377 is a catch-all for a variety of sexual behaviour in India, including biologically harmful and non-consensual relations such as bestiality and paedophilia. Consequently, getting rid of an entire section would have meant getting rid of an entire set of protections.

The second issue was the methodology. Not a single conviction had been obtained under Section 377 for the 20 years leading up to 2009. In such circumstances, it becomes impossible to show a pattern of harassment beyond arrests. This, too, is problematic, as the dirty secret of the Indian State is that a badly trained, badly motivated, badly paid police force, frequently use any law they can to harass anyone they can. The third issue was politics and political constituencies. Conservative fringe organisations — Hindu, Muslim and Christian — opposed the decriminalisation. They all represented powerful constituencies in their own right. There were rural constituencies, conservative in nature, which in India’s mediated democracy enjoy adisproportionate political weight. Most importantly, it’s unclear as to the LGBT community’s lack of outreach to these fringe organisations to minimise opposition. Most publicity and outreach efforts seem to exist in an echo chamber. Importantly, at this time, ‘eminent psychiatrists’ were offering ‘conversion therapy’ in the media to the gay community, and such opinions were cheerfully broadcast — along with descriptors by journalists as ‘the gays’. Clearly, then, public sensitisation at this point hadn’t been a success.

So, government support — or, indeed, a hands-off attitude — at this point and in such a social context would have been dangerous in an election year. Cumulatively, this meant the government had few options but to oppose the NAZ Foundation’s petition in 2009. Yet, the Delhi High Court partially struck down Section 377 in 2009, owing to a progressive judge prioritising human dignity. However, in 2013, while hearing the appeal, the Supreme Court struck down the Delhi High Court judgment. The government’s position in the lead up to the 2013 judgment, however, was a lot more interesting than it was in 2009. The justices in question, much like the Delhi High Court judges, seemed favourably predisposed to decriminalizing homosexuality. They saw homosexuality in the context of the changing nature of society and science, where live-in relationships, artificial insemination, etc, had all become common and accepted.

Moreover, GoI itself was vacillating. In 2011, then-health minister Ghulam Nabi Azad had denounced homosexuality as a disease, and the government went into the case opposing decriminalisation in the initial hearings. However, this stand softened, and by end-2012, GoI said it was for decriminalizing homosexuality, and then changed its stance again. While this game of hopscotch invited a sharp rebuke by the court, the justices struck down the 2009 judgment. This was almost inevitable, given the weak methodology and conviction record that made making a case of Section 377 being a violation of the basic structure of the Constitution untenable.

The court, therefore, viewed enabling legislation on the matter as socially proactive (legislative prerogative) rather than corrective (judicial prerogative), and left the issue to the legislature. 2014, however, saw a change. The new health minister, Harsh Vardhan, expressed support for gay rights. In the same year, the same psychiatric association some of whose members in 2009 had been offering ‘conversion therapy’, now came out with an official statement saying homosexuality was not a disorder. Moreover, the legal tack of the LGBT community changed, with Section 377 now being read as a catch-all legislation. So, for the aforementioned cumulative reasons, the government has now been able to say that it will leave the decision to the court and, in practice, will not oppose it. Whether this will yield results can be seen after the Supreme Court resumes hearing on the petitions filed against Section 377 tomorrow.