Mummies are seen inside a tomb during the presentation of a new discovery at Tuna el-Gebel archaeological site in Minya Governorate, Egypt. File   | Photo Credit: Reuters

Archaeologists have unearthed an ancient tomb with mummies believed to date back about 2,000 years in the southern city of Aswan. The Antiquities Ministry said in a statement on Tuesday that the tomb is from the Greco-Roman period that began with Alexander the Great in 332 B.C.

It is located near one of Aswan’s landmarks, the Mausoleum of Aga Khan, who lobbied for Muslim rights in India and who was buried there after his death in 1957. The statement said archaeologists found artefacts, including decorated masks, statuettes, vases, coffin fragments and cartonnages – chunks of linen or papyrus glued together. 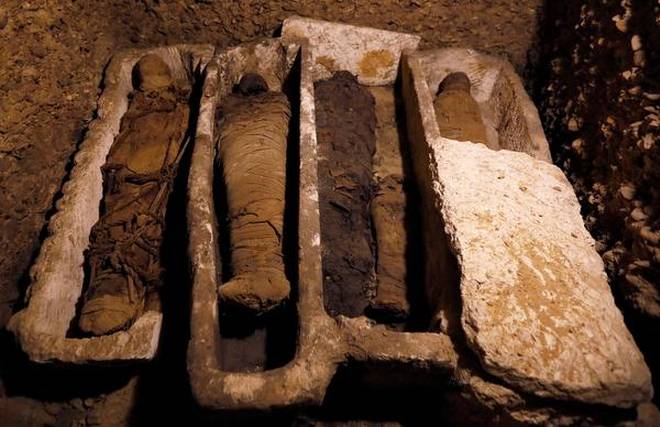